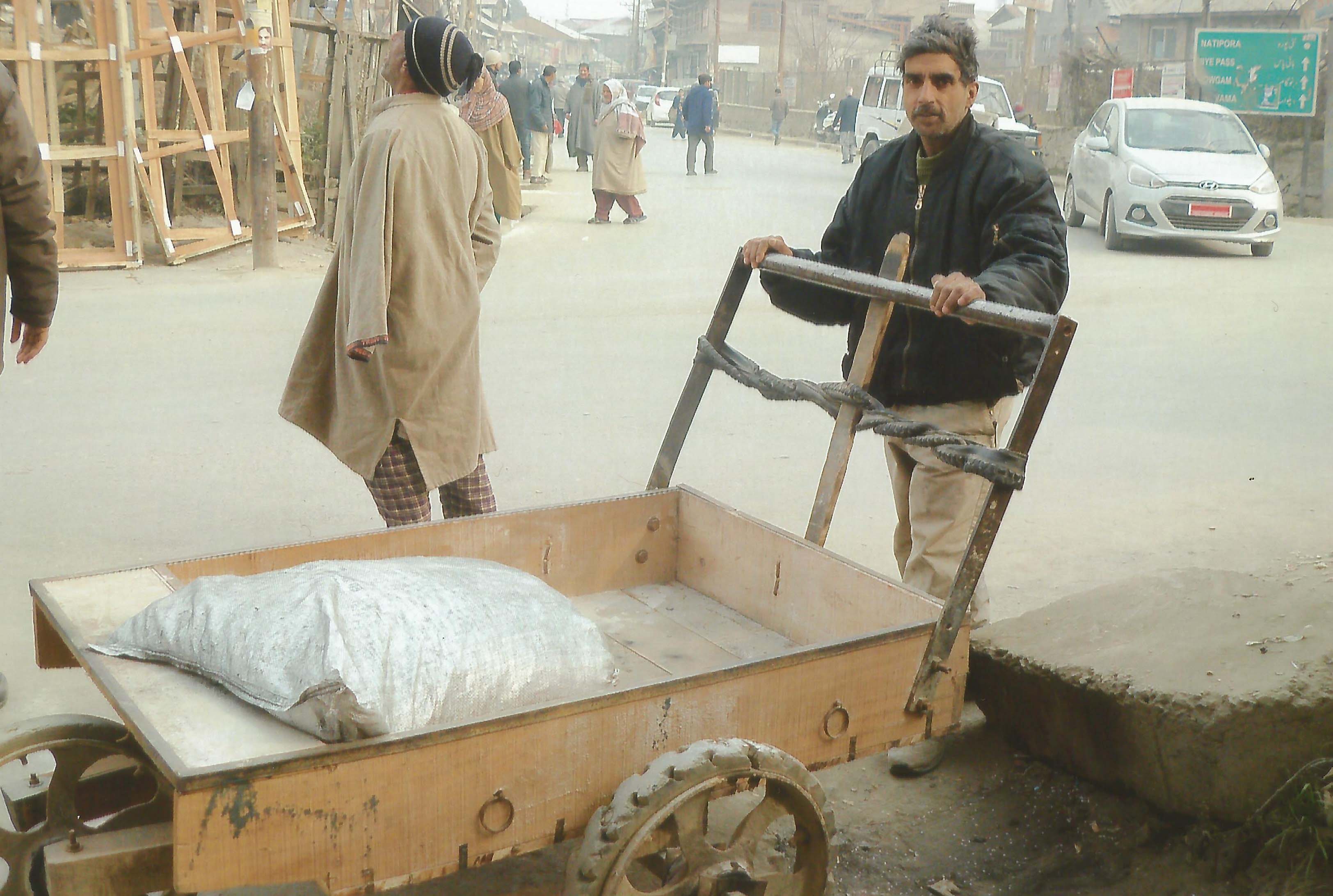 Noor Mohd is a poor person and belongs to a poor family and was orphaned at age of 11 by a speeding vehicle of C.R.P.F in 1973 and he was appointed as follower for few years. But the Battalion was shifted from Jammu & Kashmir to Arunachal Pradesh and being a little chap of 14 years his mother didn’t allow him to go out besides being a lone male member at that time. He has two sisters and a younger brother. Then he started pulling Handcart but besides Handcart Puller he was not able to support his family financially. After few years he was married and had 3 daughters and a little son. Then he had a responsibility on his shoulders of two unmarried sisters and younger brother.  But having hand to mouth livelihood he cannot support his family. After

Very hardships he married his two sisters and borrowed a lot of money from many people so he was not able to send his children to school. Now the recent floods of September 2014 has damaged his house completely and collapsed during floods. At present he is residing in a Tin shed of his neighbor and his neighbor is pressing him hard to vacate the Tin Shed as his neighbor has to store items for winter season. He wants support so that he can construct a house for him and his old mother is not feeling well and his wife is also a patient of an heart ailment. Now his daughter is in age of marriage and he has to arrange things for her marriage.