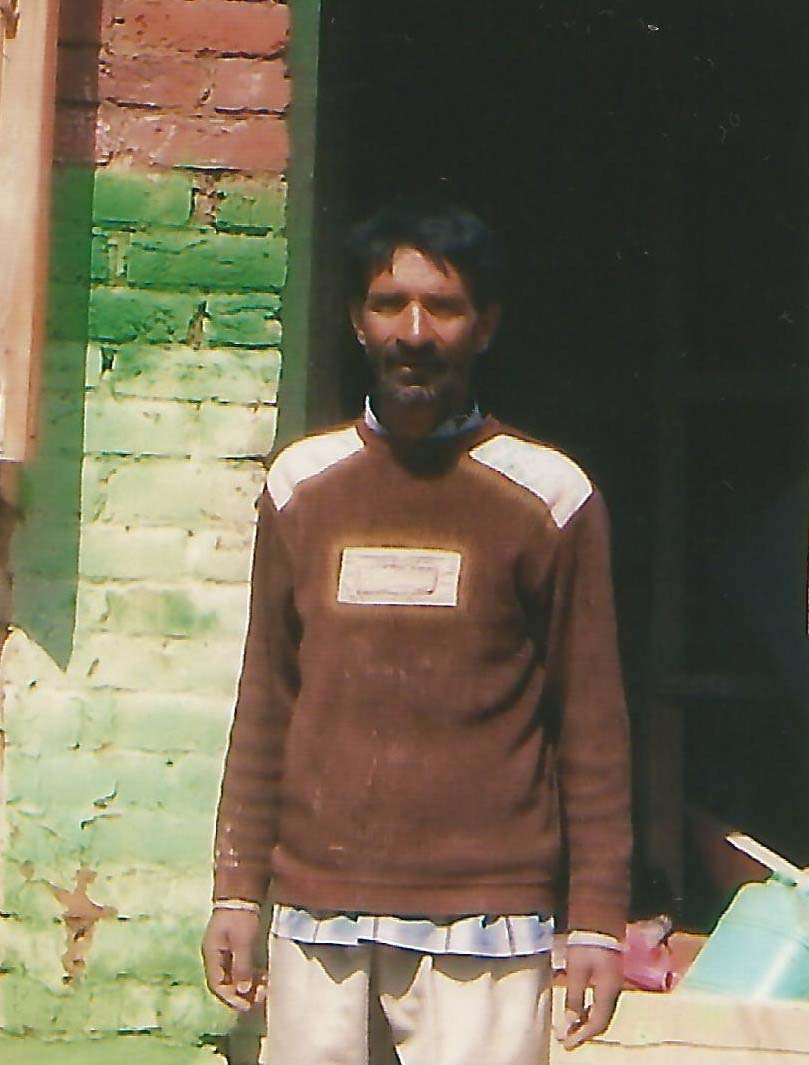 Farooq resides at Kralpora Budgam and was homeless fellow and used to live in rented rooms in Nawabazar, Batamaloo & Rambagh . He is a married man with two Children and an old mother. His poverty is to such a level that he is able to educate his two children with difficulty and it is very harsh for him to treat his old and sick mother and feed his big family. He with help of his wife and In-Laws he Purchased land and small living space for him some years back.  But in September 2014 the calamity left him with nothing. His house was damaged very much and everything got ravaged with flood.  He escaped from death in floods His life is very miserable and He is a labor and lives on daily Based income. He now is in hope for help from some people.